September is National Suicide Prevention and Awareness Month. Do you need help? It is as easy as calling the new National Suicide Prevention Lifeline — 988 —to be connected to a trained behavioral health counselor. Suicide is an epidemic with disastrous, painful effects. Suicide, addiction and other mental health challenges skip no zip code. I know. I lost two brothers to suicide and a son to alcoholism. Writing these words are painful as they conjure up the memories of better times with my brothers and son, the jokes, laughter, fights and enjoyment of the simplest pleasure of life. Now, they are gone and all I have left are the Email The prevalence of suicide deaths in the U.S. is alarming. We have a problem in this country, and in this state. More than 47,500 Americans die by suicide each year. Suicide is one of the leading causes of death for Michiganians. We average 14.5 deaths per 100,000, slightly higher than the national average. Suicide is the 4th leading cause of death for people ages 34-54. For every death by suicide, there are more than 25 suicide attempts. Seventy-eight percent of people who die by suicide are men and suicide rates for men are highest among those over the age of 75. Eighty percent of teens who die by suicide exhibit warning signs. Ninety percent of teens who die by suicide have a mental health condition. Suicide is the second leading cause of death in people ages 10-34. Suicide can be prevented. The lesbian, gay, bisexual, transgender, queer/questioning (one’s sexual or gender identity), intersex, and asexual/aromantic/agender are at great risk. Forty-one percent of transgender adults have attempted suicide. LGBTQIA youth are four times more likely to attempt suicide than any other youth. LGBTQIA adults are six times more likely to attempt suicide than other adults. There is a tinge of shame and stigma associated with admitting you or someone you know needs professional help. Yet, we know stigma kills. Stigma is a major barrier in getting people the mental health care they need and deserve. Some common warning signs of suicide include expressing thoughts about death, dying or suicide; seeking ways to kill yourself; or threatening suicide either directly or indirectly. Mental health issues do not impact “those” people; they are not simply statistics to recite. Mental health issues impact our mothers, fathers, sisters, brother and our sons and daughters. I have witnessed, through my brothers’ and my son’s struggles, the joys when they were ready for help and the systems that were there to help them. I have also felt the pain as their disease prevented them from availing themselves to help, or worse yet, when a bureaucratic system let them down. We can and must do better. Suicide is irreversible. If you are contemplating suicide — “because today is the worst day of your life” — pause, knowing that if this is true, tomorrow by definition will be better. Call 988 and begin the journey of recovery. You are not alone. No matter what life challenges you are dealing with, people are available and ready to help you. You can help – extend a helping hand and show you care. Remember the 988 number and share it with your circle of friends and colleagues so that everyone knows where to turn if they or someone they love are so desperate, distraught or ill that they are contemplating taking their own life. You are worthy of life. Other resources to turn to:

Tom Watkins is a former Michigan State Mental Health Director, State Superintendent of Schools and president and CEO of the Detroit Wayne Integrated Health Network. Tom Watkins supports the Growth Works’ mission of Restoring Hope, Embracing Change and Improving the Lives of the individuals we serve. 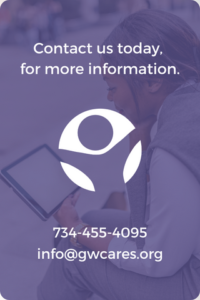